Recommendations from Off The Beaten Path Food Tours including our Official Tasting Spots. Trust us, they're worth a visit. 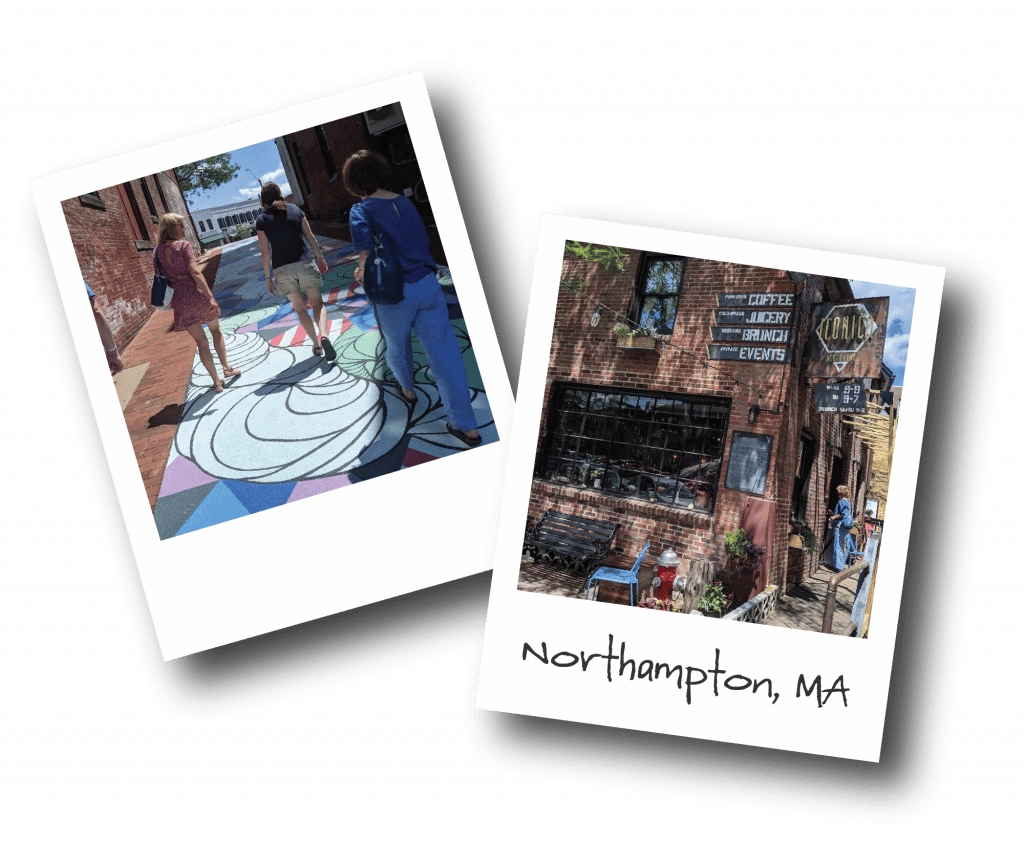 Northampton, Massachusetts (called “NoHo” or “the Hamp” by locals) is an active community in the Pioneer Valley only two hours from Boston. It is home to Smith College and has a rich history and some of the best food in the state. Originally it was named Northampton by John A. King, one of its original English settlers. Can any of you guess why? Because he was born in Northampton, England so he borrowed the name.

Did you know President Calvin Coolidge was the mayor in Northampton and retired in NoHo as well? Many famous people have walked the streets of NoHo, which is also coined The Paradise City, and inspired the creation of the popular comic Teenage Mutant Ninja Turtles. The culinary talent in NoHo is top notch, and they put a lot of care into sourcing as well as handcrafting unique recipes you won’t find anywhere else. 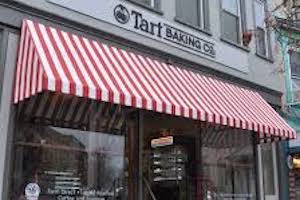 Tart Bakery (192 Main Street)This location has been a bakery for over 35 years, originally called Bakery Normand and now starting in 2012 it became Tart. They use organic flour and top quality ingredients in their delicious baked goods

We are partial to their sweet and savory croissants which are delightfully flaky and full of flavor. 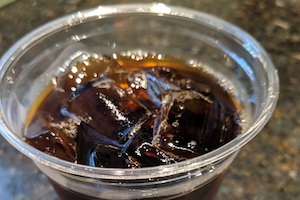 Shelburne Falls Coffee Roasters (273 Main Street)A visit to Shelburne Falls is a great idea, and it’s where the shop roasts all of their coffee. One of the friendliest spots in town is Shelburne Falls, and these guys know coffee!

We love their cold brew coffee which comes in decaf and caffeine. 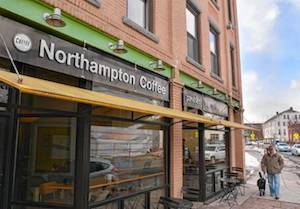 Create your own pairing with two different coffee origins and sample the difference. Their baristas are very knowledgeable. 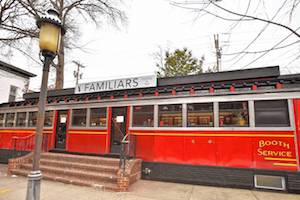 Familiars (6 Strong Avenue)Located in a railway car bar, this spot serves up high quality beverages from the owners’ favorite sources.

We love their unique iced tea lemonades and other unusual finds! 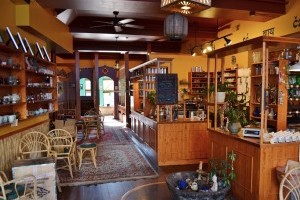 We are partial to their homemade chai, but their tea menu is extensive and yummy treats such as tea-infused truffles. 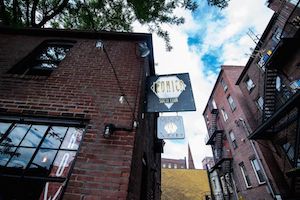 Iconica Social Club (1 Amber Lane)TIt took over 2.5 years for the owners to design and plan this unique space, and it was well worth it. One of the most hidden gems on all of our tours, we know you’ll love to explore and relax in their vintage inspired Victorian surroundings while munching on eats.

Try their cold-pressed juices for delicious nourishment and some homemade snacks like seeded crackers and dip. 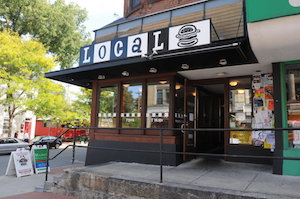 Our favorite indulgence here are their delicious sweet potato fries with maple mayo – and they don’t skimp on the portions! 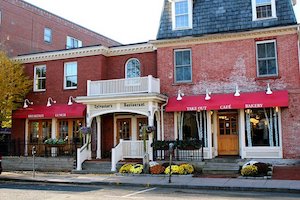 Sylvester’s(111 Pleasant Street)Named after Sylvester Graham because the restaurant is located inside his house, this popular lunch place draws a line outside the door on weekends. Graham promoted vegetarianism and inspired the graham cracker!

They have delicious sandwiches and salads, including locally sourced items like maple syrup and farm fresh eggs. 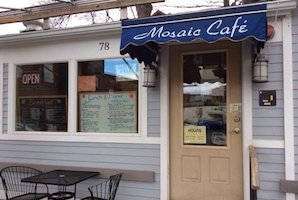 Mosaic Cafe (78 Masonic Street)This mediterranean inspired crepe-spot is a cozy atmosphere for all seasons. Inspired by its moroccan roots, this cafe offers delicious crepes that are filling and fresh. 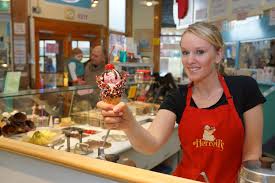 Herrell’s (80 Old South Street)Started by Steve Herrell back in 1980, many people think this is one of the best ice cream places in the world. His partner Judy continues the family tradition today. 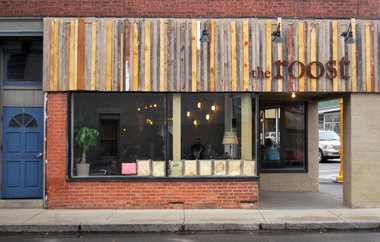 The Roost (1 Market Street)Some of our favorite desserts are served here, and our eyes can’t turn away from their exquisite bakery case. 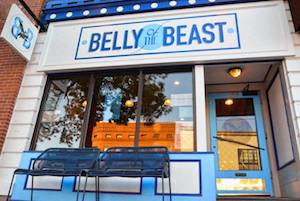 Belly of the Beast (159 Main Street)Owners Jesse and Aimee have lots of culinary talent from their work in top Boston restaurants and travels around the world. They are able to utilize the entire animal in their cooking as well as pay attention to detail such as making their own kimchi. We know you’ll love their handicraft.

We love their meatballs, kimchi, porridge, and also their tasty soy-free tofu bites. 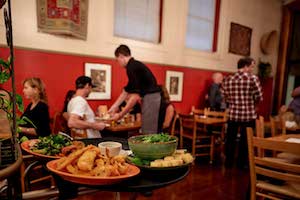 Paul and Elizabeth’s (150 Main Street)This natural foods restaurant is excellent and has a an extensive vegetarian offering. Their cooking is rooted in macrobiotic cooking and Japanese training.

If you’re in the mood for a guilt-free delight, try their delicious vegetarian offerings from a thai style saute to fried rice. 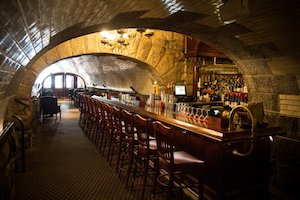 Tunnel Bar (126 Pleasant Street A)Somewhat hidden, this unique bar opens at 5pm and is located within the stone walls of a tunnel under railroad tracks.

They’re famous for their yummy martinis! 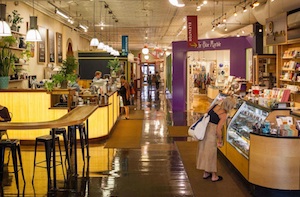 Thornes Marketplace (150 Main Street)This indoor retail establishment hosts an eclectic array of shops from a mocktails stand to a housewares store to a gift shop. Started by Gordon Thorne and his family in the ’70s, the family was inspired to create a unique marketplace inspired by their travels to the Middle East.

Tickle your fancy by walking through the stores, you can easily spend hours here! 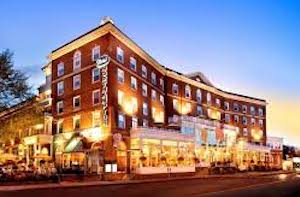 Hotel Northampton (36 King Street)This hotel was founded in 1927 by Lewis Wiggins, and shortly thereafter he moved his ancestor’s entire 1786 Tavern to inside the hotel. Many famous folks have graced the bar, from the Dalai Lama to Bob Dylan.

This popular hotel is a great place to stay and especially to watch the ball drop on New Year’s Eve. 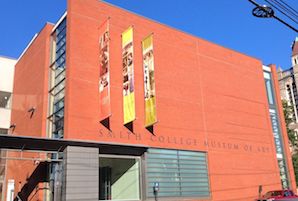 Smith College Museum of Art (20 Elm Street)The art museum on Smith College’s campus boasts an impressive collection over its four floors, including several Monets and Picassos, and displays of ancient Greek and early American art. Rotating gallery exhibits mean the museum feels renewed with each visit, and the museum also features artist-designed benches and bathrooms (well worth peeking into both the men’s and women’s!) 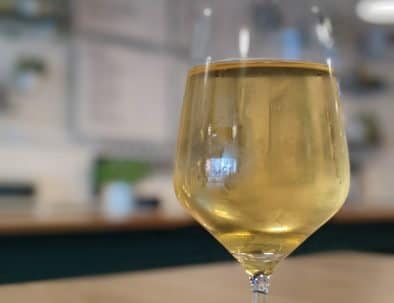 The Best Breweries in Salem MA 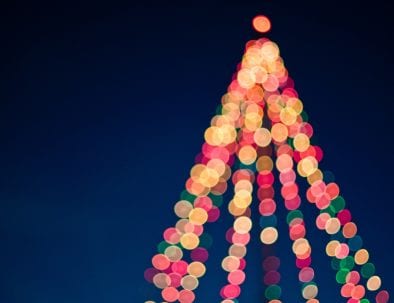 The Best Christmas Lights in Boston 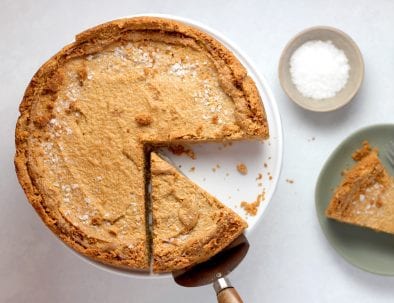